In 2012, Andrew McGillan became a superhero in Switzerland.

In green and yellow lycra, he fast became the people’s champion of battery recycling in a selection of commercials which aired in Switzerland, Italy and Germany.

The resulting fame did NOT go to Andrew’s head *at all*. 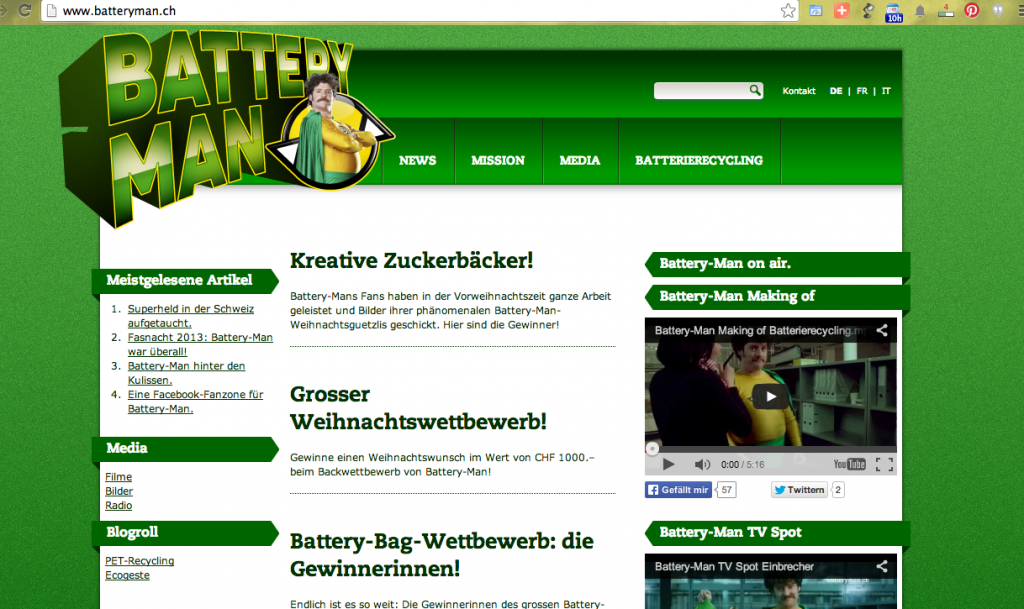 ‘McG’ is quite the sociable chap….

...so do say hello; either in person, or via the very latest in social media trends... Twiffle